The misshapen asteroid loomed large in my sight, slowly rotating along its long axis. Orbiting above the barren wastes of Otsela VIII, it would not have been particularly noteworthy, if it weren’t for the forcefield-guarded opening leading into its hollow inside. Years ago, an enterprising entrepreneur thought it a good idea to install an exclusive nightclub inside this lump of rock - for pilots with ISK to burn, and outside the reach of meddling regulations. I hadn’t even known about its existence - until the invitation arrived.


I hesitated, bringing my Vengeance to a stand-still. I had an inkling how this invitation might end, and while desirable, it would make my life even more interesting. As if the last weeks hadn’t been exciting enough.


Unbidden, my memory returned to that evening a few weeks ago, which had brought me to the brink of resigning my license. If it hadn’t been for that Detei…


Still, I had made changes: I had stepped down from joining our public roams as line member; instead, I was now tagging along as irregular free-roaming skirmisher, to support the roam’s primary skirmisher. It gave me the satisfaction of being my own master, while still contributing to our common goals. And subsequently, I found new energy to pursue my solo flying, even if my recklessness sometimes scared even myself.


Then the war broke out.


For reasons unknown, Forsaken Asylum war-decced our little alliance, and for once, our fearless leader decided to fight back. We had the people, we had the fleet practice, we had Catalysts, and we had friends. The Final Stand, upon hearing of our war-dec, allied with us and was promptly revenge-war decced by Public Enemy. So we formally allied with The Final Stand in return, and the war was on!


Of course in the beginning mistakes were made, but soon we fell into the groove and started hunting our war targets, instead of being hunted. People sympathetic to our cause chipped in with free intel and support, and we were able to put the hurt onto our targets, ultimately completely dominating our timezone. NPSI at its finest.


Those were two interesting weeks, even if my own contribution was limited to convincing Eta to live part-time in our region, for scout and hauling services. At the end of the war, our losses amounted to about 160M ISK, but our kills were valued at 1.7B ISK.


But that wasn’t the end of it. Straya, another corp with people we knew and were fond of, found itself war-decced by the Break-A-Wish foundation, with the goal to take out the POCOs Straya owned. Having just come out of our own wars, we didn’t want to formally enter a new one - but we were more than happy to help out with neutral eyes and logistics, as did others. So began a still-ongoing game of whack-a-mole: Break-A-Wish would reinforce the POCOs one day, the next day we would roll in with numbers and repair them again.


And while all that was going on, our fearless leader asked me one late night if I could light a cyno in our home system for an acquaintance. Of course I agreed, and one small incident with POS guns
later, my cyno lit up, and my heart stopped for a moment when a Pandemic Legion titan and super-carrier appeared next to me. 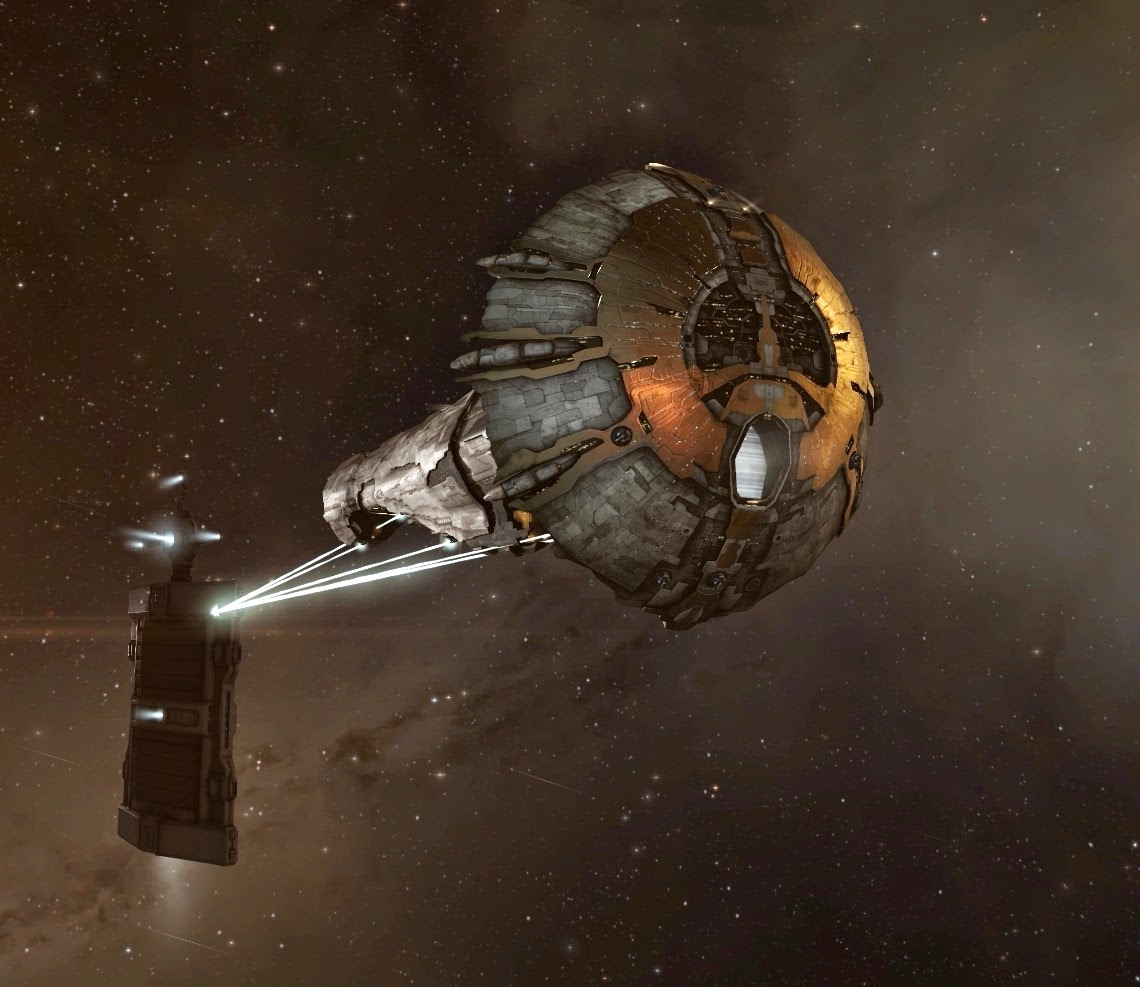 The reason for the presence of the two super-caps became clear a day later, when the titan driver contacted me and asked if I could give him intel about the POCOs in our system, specifically about their reinforcement timers. Something about a private deal to take out some of those POCOs. Having nothing else to do, and with the rest of the alliance toying with Break-A-Wish, I agreed and we fleeted up. And since I was in fleet, I ended up helping with the shooting as well.


My day wasn’t over, though, as the deal had been just to destroy the POCOs, not to replace them. Loathe to leave planets unoccupied, I recalled my aunt’s little operation and made some quick calls. And when the last POCO exploded, I bid farewell to the PL pilots, and turned towards the next hi-sec system, to escort in a hauler carrying half a billion worth of POCO construction materials.


The following days were luckily less eventful, allowing me to catch up on sleep, with probably the most noteworthy moment being when a miner learned that it is not a good idea to profanely insult combat pilots in public. It took the loss of his Covetor, but he did clean up his act afterwards.


Interesting times, indeed. And now I was following an invitation to drinks from a pilot which I had only briefly talked to before.


The engines of my Vengeance fired up again, and I smiled as the ship moved towards the asteroid’s entrance.


Because, hey, what could possibly go wrong?
- Posted 9:07 PM No comments: