A Goal, At Least

The hum of the engines of my Purifier dropped an octave as they synchronized with the warp fields generated by the stargate. My camera drones returned to bay, but the hull-mounted cameras stayed online, showing me the warp bubble pulsating in between the immense coils of the stargaze.


The bubble enlarged, engulfing my ship - or my ship was being pulled into it, it was hard to tell - and my Purifier was propelled through the warp tunnel towards its destination. And for the first time in years, I was able to watch the warp in process, thanks to a firmware update released to all capsuleer ships.


Eventually I’d certainly grow indifferent to it, but even so, it was a great step forwards over the period of ‘frozen frame’ our cameras had afforded us in the past.


The vibrations in my ship decreased, and moments later the warp field collapsed, and my Purifier appeared in real space once more. Immediately, the system scanner activated, overlaying my ‘vision’ with with the nearby cosmic anomalies. Another neat upgrade to our ship’s firmware - it could be turned off, but for the more visually oriented pilots, it helped getting oriented in space.


I picked out the nearest Ice anomaly, and was just about to engage my warp drives, when a cough ran through my body.


My vision fractured and shattered, to be replaced by the teary-eyed image of my quarter’s ceilings, as the training system sensed my physiological distress and shut down.


I grabbed the sides of the couch in a death grip while my body convulsed in a cough attack, my will fighting to overpower my body’s reflexes.


Eventually, my will won, and I forced myself to relax, taking deep, but careful breaths.


It was the one souvenir from the Holo Convention I could have done without: a viral infection which did its best to outsmart the advances of modern medicine. That I wasn’t the only victim of that flu was of little consolation: when the docs just shrug their shoulders and tell you that the only options are to let the infection run its course, or suicide your current clone, the similar fate of other people doesn’t count much. …oh, yes, there was option three: get drunk enough so that the hangover pains overpower the infection pains.


I went with option one, thank you very much. 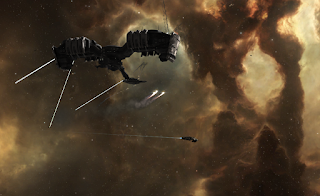 But that also meant that I was on light space duty only. While the amniotic fluid in my pod suppressed the outward effects of the flu, I was still left with a less than situationally aware brain, as it had been amply demonstrated. I could help with simple things like iHub attacks, or scouting, but not really much more.


And apparently I couldn’t even run the training software for the new ship upgrades either.


Dejectedly, I removed the neural connector of the training system from the receptacle on my spine, stood up and walked over to my terminal space. Might as well continue looking into fitness programs.


That was another thing I had brought back from the convention: a renewed urge to get in better physical shape. While I had done quite well in the Warrior Fitness session, I hadn’t been pleased with my performance. And looking at the other attendants, I could group them into three groups: pilots who didn’t care about their physical shape, being either too spindly or overweight; pilots who had just jumped into engineered clones, and pilots who had earned their muscle the old-fashioned way.


You could distinguish the last two groups by their poise: the latter owned their bodies, instead of just wearing them, and in their eyes you could see the mental steel they had to develop in order to see through their rigorous exercising programs.


It was doubtful if I could ever catch up with these folks, but I had come home with the conviction that I should at least try.


When I had told all of this to Eta, she had immediately teased me that I was just fooling myself, rationalizing a crush I had developed on the Matar pilot I had come across at the convention. Of course, she was mostly, but not completely, wrong: I would indeed be very embarrassed if I ever came across this Matar on the battlefield, and lost without him having to work for his win!


Good thing she didn't know that it was Matar exercise programs I was now researching. While the programs popular in the Amarr Empire (some of which I had practiced during my time in the forces oh so many years ago) were effective in their own ways, they did dedicate a lot of time on spiritual aspects, which only made you feel good, but didn't actually do anything. Gallente programs were too intricate for my clumsy self, so they were out, even though I admired their aesthetics; and Caldari programs all seemed to be an afterthought to a failed bribe. So Matar it was - no fuss, no muss. Trying to escape from slavery did tend to focus one on the essentials, it seemed.


Skimming through the potentials I had bookmarked the previous days, I was looking for a good one start with. The selection was large, and all promised incredible results, and I tried to look past the hype.


There! A program called “The Ripper”. Seeing it, I remembered that I had noticed it before, and somehow it had stuck in my unconsciousness.


Hmm… a good chunk of the exercises I didn’t even recognize, and others I would have to find a training facility nearby - which was scary all by itself, because … well … other people - and for most I’d have to add ‘or fail’ as completion criterium.


On the other hand, I did remember the Warrior Fitness workout, and how I had finished it with stars before my eyes and a barely suppressed urge to vomit - but I had finished it while still standing! Wouldn’t it be nice to come back next year and be able to smugly tell the trainer, “Bring it on, Sis!” ?


My chest tightened, and I felt another coughing fit marshaling its troops.


What was there to lose? In the worst case, I’d fail trying - which would beat not trying at all. A resolve hardened in my mind: I’d do it….


My lungs overpowered my will, and I grabbed the desk to steady myself somewhat, while the world again dissolved into a blurry mess.


… as soon as I could get through a day without being reduced to a coughing pile of misery, that is.
- Posted 6:13 PM